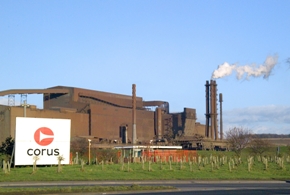 Thanks to AFC Syd for this, who emailed me this on Wednesday morning. I was out of the country yesterday, hence the delay.

Should be the report on accounts up later today, too.

Just got home after a long trip from Scummie and thought Iâ€™d write you a few lines about the game. Itâ€™s 3am and thereâ€™s no point me even bothering to sleep â€“ I need to be at work in 3 hours or so!

That was great â€“ the first time weâ€™ve beaten a league one team in a proper competition.

Granted they werenâ€™t very good and I wouldnâ€™t be too surprised if we are going up there again next season for a league match (no – weâ€™re not getting promoted, yes – we are staying up!).

Lots of our â€œbigâ€ players were missing from the attacking positions which gave Luke Moore and Charlie A another opportunity to shine â€“ neither did anything to distract me from the â€œclemmieâ€ (supposedly that translates as cold in English â€“ or so I was informed by one of the locals) conditions.

They both huffed and puffed but lacked a bit of quality â€“ in fairness our whole side did. Sammy Moore (what a great little player heâ€™s turned into) came close to scoring just before the half time whistle.

Midson came on in the 2nd half and made a big difference â€“ the midfield as a unit had a good game (for once) and Bush (Bush Bush Bush) was very good going forward but pretty pants at the back (sums him up doesnâ€™t it?).

Our goal came from an excellent Bush pass to Midson who, showing the great team spirit we have in the team, unselfishly played the ball against the keeper at just the right angle, so that it ricocheted to L. Moore for an easy tap in. Cue bedlam in the away end!

Not sure how many of us were there â€“ the coach was pretty full. We made a lot of noise, but their fans and their team were very quiet. They had a few half chances and a cross that hit the crossbar, but Seb wasnâ€™t really bothered.

Ground was okay, right in the middle of a retail park â€“ KFC, McDs, Frankie n Bennys and Toys r Us were the major landmarks in the area. Inside the ground the girls serving the tea had fake moustaches on (doing their bit for movember). One took offence to my compliment that by wearing her fake one, she was obscuring her perfectly decent real ‘tache!

Other stuff happened, but I canâ€™t seem to sequence things in my very tired mind! Time to crack open a can of Redbull.

Itâ€™s good to win again â€“ gives us a much needed boost and set us up nicely for the trip to Burton. Just had a look at train tickets to Bradford â€“ bloody hell theyâ€™re expensive!!