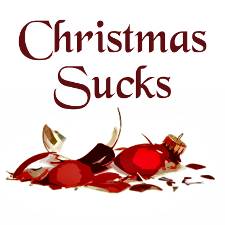 Well, I sort of got to finally see our first team play, even if it was through the use of the FF button on my remote. Jampot went one stage further into the gates of hellfire and actually watched the game in person. His thoughts below, mine afterwards…

I saw MMK playâ€¦ and that was as good as it got!

And lo it became to behold that on the 2nd day of Christmas from afar came a group of men dressed in gold who did want to disrupt the joyous festive spirit of all those in the Sky who came to watch the spectacle. And they did leave verily happily with their desired 3 pts.

And thatâ€™s as festive as I can be. Now, I donâ€™t want to be a depressive around Christmas butâ€¦. well, as Disunited 0 United 2 proved yet again, nothing has changed. And that is what IS SO depressing. The score line could easily be written again as Sticky 0 Taccy 2 â€“ the Christmas Re-run!

As the people immediately behind me in the Main Stand commented â€“ 4 generations of Dons fans â€“ you come here every other week and see exactly the same â€“ as we have for the last 2-3 months. OK. I am boring people with this but it just keeps happening like the re-runs:

– a defence that plays too deep giving up territory easily without a fight;

– a front line that is at least one player too light and spends too much time helping outâ€¦.;

– a midfield struggling to cover the massive great big hole in the middle of the park between defence and attack, that we as fans can see in front of us every home game that invites the opposition midfield to have free reign to run at us

So what happens? A run at our defence in space, THREE missed tackles and Constable gets a shot away, and inevitably scores! 0-1. You can see it coming. Every bloody time. And thatâ€™s why itâ€™s boring.

Itâ€™s the inevitability of knowing that outcome that is so frightening. But what is beginning to get questioned a lot, particularly in my section of the Main Stand by many is if we â€“ the fans – can see it happening week in and week out, why canâ€™t TB and his bench? I mean he is pretty much opposite us on the other side of this gaping chasm. Or if he can see it, then why doesnâ€™t he do something about it? Itâ€™s been almost 3 months since our last home win and decent performance!

Football is meant to be a simple game. I obviously missed that session at school. I mean we hustled for about the first 5 mins (Luke Moore primarily) and then sat back and let them dominate the half as though they were the home team! Midson up front on his own, againâ€¦. Why? At home? Itâ€™s surrender before the battle.

Then the second goal â€“ free header, back post. Anyone marking him? Minshall apparently, who missed the ball. But hell, we donâ€™t have a back post player when we attack at corners so why would one of our players consider that when we defend? Simple basics.

So to the second half. What can I say?

– Wellard (left-foot) on for Jackson (right foot, but having a mare) is ok if you then donâ€™t find Wellard playing right wing.

– Hatton â€“ has he been told by TB NOT to cross the half-way line, like Gwillam?

– Dangerous in-swinging free kick opportunity â€“ so letâ€™s take that as an out-swinger then!

– A lot of huffing and puffing with little result.

– A miss by Rashid from 8 yards, off the bar (yes a miss as its not on target, which is the bit INSIDE of the bar and posts) and that was game over.

– And a couple of good saves by Seb and some wayward finishing by them meant we escaped at 0-2 rather than 0-5 or 0-6.

Why do we try to do the complicated when we cannot do the simple things right first?

Why is it ok for the likes of Oxford and Stanley to do these basic things â€“ and lets face it most of what they did yesterday was the basics right, and get results â€“ yet for us itâ€™s like committing cardinal sin.

I wish I knew the answer. Well I suppose I do, given the above. But obviously our management team think such simple basic football is somehow morally wrong under the AFCW banner of new ways.

But perhaps the stream of people leaving before the final whistle from the Tempest said more to them than I can every say. I stayed. But then I always do. In hope something might change.

Plus points: Sammy Moore and MMK playing the whole game and â€¦â€¦sigh!

Minus points: The rest? Ok maybe thatâ€™s a bit harsh. Whatâ€™s worrying me and a lot of others is whether this repetition is down to players who are not good enough, or the system they are playing in: 4-5-1 at home, ceding territory and momentum to the opposition within 5 minutes? I am beginning to wonder if even the players are losing faith with the systems we are playing with. For certain nothing coming from the management is working at the present. And what was the point in putting 2 subs on with 3 minutes to go? White flags might have been more appropriate.

The refereeâ€™s anâ€¦ : Oxford United supporter in disguise? Well, he never gave us much all game and I am pretty sure made a hash of 2 of 6 penalty appeals we had. To crown it he booked Midson when he was accidently tripped by the opposition. Donâ€™t think Midson even appealed but just asked what happened. I donâ€™t think he even went down just stumbled but hey, by then, Iâ€™d given up on the details of his â€˜performanceâ€™. At least Midson should have video evidence for an appeal.

Them: Solid League 2 outfit that, truthfully did ok but again you felt we gave them the game. Until they scored they were no better than us. Its just we LET THEM play the game in our half. What I did like, and for me he was man of the match of both sides was little Alfie Potterâ€™s support of Constable who â€“ when called upon did his job. Scored the goal. Potter was at the centre of all they did well, harrying our defenders into mistakes; taking the ball and running with it (1st goal) and if need be putting himself in the way of things. A lot of our midfield could learn a lot from his display yesterday. Only Sammy Moore came close. Shame we didnâ€™t have Potter still in our colours today (no relation btw).

Point to ponder: At half time, 5 development team lads whoâ€™ve signed their first pro forms were introduced (see details on the OS). Of one of them â€“ Louie Theophanous – it was said over the tannoy that: â€œWith continued hard work it will be only a matter of time before he scores in the league for the first team.â€ â€˜ Not if we are no longer in the league he wonâ€™tâ€™ suggested one wag!

Threeâ€™s a crowd: 4547 which seemed low for a sellout crowd. I presume more space between our and Unitedâ€™s firm of 725 had to be allowed. Or maybe some people just knewâ€¦

Anything else? Congrats to the lady, who sits near me, from Brighton who won the Golden Goal Â£100! Pity it couldnâ€™t have been with an AFC player scoring the goal. Maybe RogerD will invent a bigger prize for that occurrence. One day.

In a nutshell: Something – or someone – needs to change or as we really do look likely to go down this year. Anyone find anything in the sales today that might help?

To be honest, I didn’t read JP’s copy until after I had a look at the game myself, but there’s absolutely nothing to disagree with him here.

I’m going to sound like the latecomer to the AFCW Party of Doom here, but there is no way this side will survive. There appeared to be an all-round lack of League Two quality – yes, we played better in the second half, but how many times does the inferior team do that when it’s 2-0 down before the break?

We’re now up to the half-way point of the season, and it’s clear that some players aren’t going to learn. There were times yesterday watching it where OUFC did basic things well, and we didn’t. They looked smarter. We looked, well, non-league…

The commentator made mentions of lack of concentration, and trying to be a bit too clever, when yet another set piece went awry. I tend not to talk about tactics, and shit like that, but Lee Minshull’s marking for the second goal was awful. But then, he was plucked from Tonbridge Angels…

We’re having to cope with a squad that is not only above its level in talent, but in mental application too. We’ve learnt some very harsh lessons since August, the main one being that the last four years mean nothing now.

Losing almost every week is bad enough, but when we seem to be constantly outsmarted too, it’s clear we need to make some monumental decisions. Does that mean sacking TB? To be honest, I don’t think releasing him now would be a good move, because you would then spend a couple of weeks in the transfer window looking for a new manager, then getting one relies on him thinking he could get something out of the current squad.

It’s better to keep TB on and give him the chance to do something but let him know he has to show sufficient improvement come February. If he doesn’t, if this slump continues to the point we will be in the bottom two, then there’s no other option. Being good in non-league means nothing if you can’t do it in the 91 Club. Ask Mark Stimson.

One has to wonder if the players are simply no longer playing for him, and they’re just playing out the games because they have to. Rohan Ricketts wrote a good article on this subject, and TB’s body language in the first half especially didn’t look good. Reportedly, our manager’s half time team talk was so loud in its ranting that Chris Wilder had to pause his own talk…

But then, is TB fully “there” himself? I don’t wish to be cruel, but it doesn’t seem co-incidental that our very real current slump has co-incided with his wife’s illness. The guy must get no relief whatsoever from anywhere – he’s under immense pressure at home, and he’s under immense pressure at work. Something has to give, and you can’t help but think that the job comes second.

How you deal with that particular situation – without being dangerously sentimental or breathtakingly callous – is a tricky one. But Erik Samuelson and co must sit TB down now and explain things in black and white to him. Forget the players, I don’t really care about them now. He needs to know that he has one big chance, because this club will suffer immense damage (financial and psychological) if we go down…

Whatever the reasons, and whatever the solutions, we had a mirror shown up to us on national TV yesterday and it showed us to be naked. It hurts, but it needs to hurt. We need to shake the complacency that we’ve got a gap between us and the bottom two. We need to get out of the mindset that we won’t go down – we certainly can, and it might be shockingly easy to do so. We need to remember we’re a club in the Football League, and not an amateur one. Although I’m convinced that some people would be happy back in non-league football.

In short, we need to start getting real. Because if we don’t, somebody will do it for us…