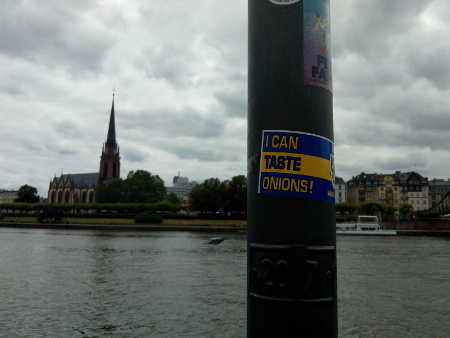 Fußball. Bier. Rammstein. And they say pre-season is boring.

As the phoney war of the build-up games continues, the two day jaunt to Deutschland went well. Judging by some stories of hangovers, a bit too well…

For many, this was the first time they’ve seen us play on the continent. True, proper competition was denied to us in the 1980s by some continually unapologetic Scousers, and WFC never fulfilled the promise it showed in the mid-1990s before OGEM’s ego took over.

But a European tour has been a long time coming. And one where we’ll all be happy to do it again, bank balances and livers notwithstanding.

So, where to start? Dusseldorf, obviously.

I’ll explain – that’s where your editor began on Friday morning, thanks to some scheduling issues and (more importantly) using BA Avios miles instead of paying actual money.

Anyway, it felt a bit of an old skool away trip with a three hour coach journey instead, albeit with no half-hour stop at some iffy service station.

I say it was three hours, it was nearer five. The image of the autobahn is one of clear roads and BMWs going 150km/h because of the lack of speed limits.

Instead, it felt like a trip down the M3 through Hampshire when it’s a public holiday. For some reason, coach travel is very popular in Germany, though I’ve yet to figure out why.

Still, I got to see what Leverkusen looks like. A tourist mecca, it has a) a Bayer factory, b) Bayer Leverkusen, and, er, c) no less than five Lidl stores, all probably selling Bayer headache pills.

That said, it’s worth spending a night there for this hotel alone.

Because of this, I decided to give the Kaiserslautern game a miss. I’d had enough traveling by then, and with it being in the arse end of Germany a nearby cafe bar was the better option.

Especially hearing that they were quicker, sharper, and were obviously preparing for their season starting next week. It sounded like Nathan Trott played well. We’ll need him to, methinks.

Mind you, it seemed I got off lightly, as those who went on Eurostar ended up having a 11 hour journey. So much for the image of continental rail travel.

There weren’t too many Wombles around Frankfurt on the Friday night, so therefore no chance of blackmailing anyone caught going in those Eros brothels.

Mind you, the area around the hauptbahnhof was a little bit ropey full stop. Plenty of police sirens about, and there’s something a bit sinister sounding about the German ones.

Have a listen to one and it sounds like an ominous wail that usually ends with a nuclear bomb getting dropped.

Anyway, to the Saturday and the game at Kickers Offenbach. A suburb of Frankfurt, one not exactly on the tourist trail.

It wasn’t difficult to get to though, certainly not as tricky as getting from Morden to KM by public transport. €8 return wasn’t too bad either.

And yes, the S-Bahn conformed to the stereotype of being punctual and efficient. Stopping at Offenbach-Ost, the station beforehand, right on time before it terminated.

What it didn’t tell you was that the train to the station we all needed was on the other platform, and had just pulled in…

I’d like to write a few paragraphs on me missing it, and “hilarious” anecdotes of getting to the ground, but I didn’t. It waited for me on the other platform. So the most interesting thing of that particular journey is the name of the nearest station to the ground is…….. Offenbach-Bieber.

One thing about this trip came quite clear quickly. For a few Wombles, I became their unofficial translator (first job – helping one of our lot onto the bus and ordering him a ticket).

I am not very good at German. Compared to others though, I am a Fellow from the Goethe Institut.

“Zwei biers, bitte”? Yeah, handled that OK enough. “Der flughafen is hier”? I think I got a Womble back to the airport. I would be OK in any French or Spanish speaking country for the same reason.

Thank fuck we didn’t go to Hungary. That particular language makes even less sense than a Wanklemann interview.

Anyway, it was time to buy tickets to get into the ground. In English, thankfully, where we found out that despite away fans normally having their own terrace, we were to be in the seats.

It has to be said, €16 (or €20 if you were even posher) was a bit steep for a PSF. I guess they knew that anyone coming all this way wasn’t going to walk away from the ground when hearing the price.

So, we entered the romantically titled Sparda-Bank-Hessen-Stadion. Which to be fair, wasn’t bad at all. 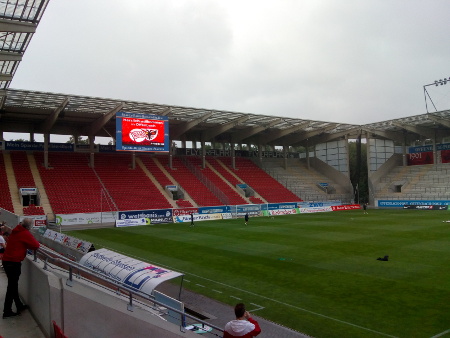 As you can see, it’s very functional, very square in that kind of way continental football stadia can be, and if it’s a full house could be quite an intimidating venue.

This was their game against Eintracht in 2003/04, before their stadium got rebuilt, but it will give you an idea.

And yes, it had a massive terrace down the side as well. Which when the law in England finally changes (the likes of Manchester City are doing initial soundings), may be coming back to a ground near you soon.

Though no doubt they’ll charge extra for the privilege…

The most important question of the whole trip is now about to be answered – what was the bier inside the ground like? Very nice as it goes, brewed by Glaabsbrau, in case you’re making notes on tipples.

While I can’t see the alcohol restrictions being lifted anytime soon in England, I see what people mean when they say how convivial it is to be able to drink and watch the game at the same time.

But then, German bier does live up to its reputation, especially with its brewing purity laws that pisses over the, well, piss that Carling and Fosters is.

The ground started filling up, including more than a few familiar Womble faces, and with a large grouping of us congregating mit bier in Hand, it was time for yet another of those strange German traditions.

If you’ve ever been to a game there, you’ll know that they often play either Thunderstruck or (more rarely) Hells Bells by AC/DC. All well and good.

But they then also play some popular English language pop song to some of that weird pop-techno stuff they like**. This time, it was a version of Robbie Williams’ “Angels”.

Which wasn’t quite as bad as the time your editor went to MSV Duisburg and listened to an up-tempo version of “Sailing”, called “Super Zebras” (their nickname). It was close, mind you.

Our lot joined in with it, presumably out of irony. Me, I preferred the Mark and Lard version.

** – my faith in the musical taste of Germans was restored on Monday morning, when I went into a Saturn store and saw a massive display of heavy metal albums on vinyl.

Not your Bon Jovi crap, but proper metal like Kreator, Doro and the ever-reliable Rammstein. Who were in concert in Frankfurt on the Saturday evening…

Roughly speaking, there were about 300 of us, all mooching about in various areas of their stand (if you had paid the extra €4 for a better spot you would have wasted your money).

Some were drinking coffee, which might have been the result of the previous night…

The game itself? Oh, that. To be honest, I don’t know. It was a so-so first half, with Folivi and Piggy getting in each other’s way at one stage.

Kickers looked quite decent themselves, although apparently they’ve spent a fair bit of cash on trying to get out of the Regionaliga Sudwest (their fourth tier, but quality wise around upper L1 or so) next season.

And they were a bit loud when they were doing that left-side-right-side chant (the one where each side of the ground says one word then the next chants another). Even for a middling PSF, it’s quite impressive.

That said, we caused a few of them great amusement. They had a corner or something, managed to miss the target by some distance, and a good hearty rendition of “De de de de, fucking useless” revealed some locals understood humour in the English language… 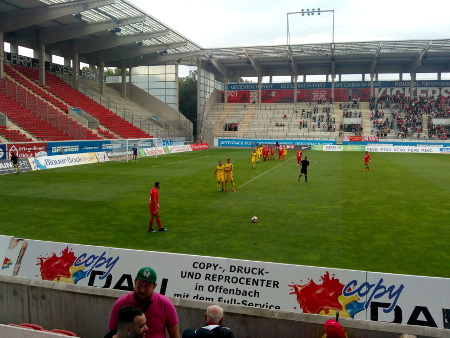 Because of the aforementioned bier purchasing at half time (I think you are now sensing a pattern), I managed to miss us going 2-0 down.

To be fair, we did mount a comeback soon after that, and scoring once, then twice to equalise seemed to make the entire trip worth it.

Even them winning the game with literally the last kick of the game didn’t dampen things. It was that kind of day.

As an aside, I noted Walter’s post-match comments, especially as there were a couple of comments over the weekend about how we’re playing, and how it’s still not clicking.

I think he’s treating it as much as a footballing education as much as anything – the psychological side of things – rather than just working out the on-field stuff.

But the bits about not working on the style of play until now, and the “repeat” comment (a dig at our previous manager?) reminds us pre-season really is preparing for the next nine months.

Will there be any more incomings? Or outgoings? I note Will Nightingale wasn’t on the trip, by the way.

If there is to be late movement, I guess finding a style of play to suit the squad you do have is better than the other way round.

After all, we’ve had too much of the latter for the last few years.

And that’s the thing about friendlies – we shouldn’t really read too much into them, and they should be just about fitness. But as Terry Brown found out, ignore the other things from them at your peril.

Anyway, back to Germany. The game ended, but our supporters were still having a blast. I’m sure you can find plenty of post-game singing on social media, which went on a lot longer than the half hour after I left them to it.

It seems we made a few friends from just outside Frankfurt, and it’s fair to say they made us feel very welcome. Think a few may have developed a hatred for Eintracht, though maybe it was to get even more free alcohol off the locals.

If it had the intention for bonding, it certainly did the trick, because it was undeniably fun to do. And with Walter hinting there could be a four-team tournament next season, I recommend you start saving your Euros.

While I was there, there were a couple of tournaments (one featuring Ipswich) in those small German grounds in some obscure place where they probably only have two breweries.

It’s something we never have done before now, and one you hope becomes a regular pre-season feature.

To sum up, we continue to work hard. I bet the two games in Germany and the one against AFCB tonight will further show W&G where this squad stands.

I don’t doubt the traveling for the players takes it out of them a bit, but I expect when we return from La Manga the hard graft properly starts.

The games against the Met Police and the Beavers might be anti-climatic, but that’s where I expect things to start gelling properly.

I seem to remember pre-seasons under Harry Bassett to be similar to the approach we’re doing now, and that served us all right back then.

And besides – as this last weekend proved, football really is supposed to be fun… 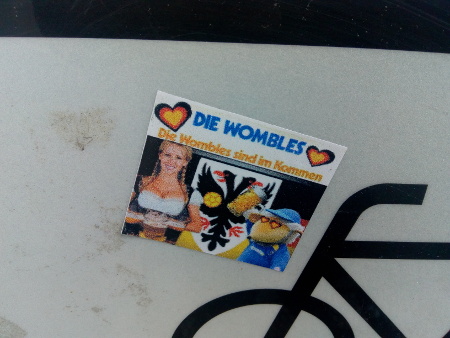