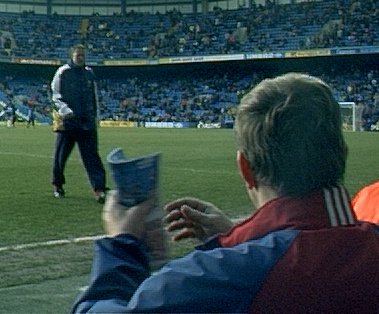 Fuck, fuck and thrice fuck – I cannot believe that it finished Kiddie Rapists 3 Normal Sexuality 1. Although I seriously doubt we’ll get it, I really genuinely hope that at least one newspaper gives us a bit of credit for the fact that we played very well, and at times made Celsi look pretty damn ordinary.

We showed much more mobility up front than previous games, and this was down to two reasons – Andreas Lund and Martin Andresen. Dry Martini performed like an injury free Ainsworth, and Lund – despite having not played much since October – looked hungry and with not a lesser degree of skill. OK, so the guy doesn’t have that much pace, but he’s as skillful as JH, and certainly knows how to put himself about a bit – ask LePoeuf. A lot of muppets are still in apploplexy as to why we’re signing “yet another Norwegian”, but the fact that Lund scored on his debut (who was the last WFC player to do that) should have silenced the “We Hate Norwegians” contingent that still has too much vocal power at WFC.

So, why did we lose 3-1? It was certainly not a reflection of the balance of play, a draw may have been fair, but I doubt if Celsi really could have complained with us getting a 3-1 victory. The reason, unfortunately, was our inability to concentrate for the whole game. It’s cost us points against Coventry and Derby, it cost us Worthington cup progress at Bolton and it’s cost us the game today. Start adding up those points thrown away and we would have been in a comfortable mid-to-upper table position which I genuinely think we are more than capable of. 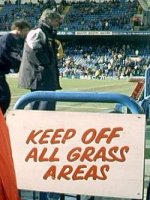 Of course, I fully expect Drillo to get the blame for this defeat, but as this sort of thing has happened long before Drillo was even touted as a WFC manager (remember 3-3 vs Coventry a couple of years ago, after us being 3-1 up? Everton 2-3?), any calls for the managers head is merely on the level of David Buchan.

What particularly annoys me is that when people like Carl Cort keep spouting comments about how the players aren’t concerned about relegation (Cort played badly again today BTW – and judging by some comments I heard today I’m not the only one who think that he’s extremely over-rated), then it’s really indicitive of the general couldn’t-give-a-flying-fuck attitude that is STILL stagnant in WFC.

Want proof? OK, when we went 1-1 today, instead of holding firm, we gave in. The players thought that they’d done enough and just sat back. No wonder we lost 3-1 – there have been plenty of calls for a Vinny Jones type on the field, to fire people up when the chips are down, and I wonder if in REMBE we have the right man as captain? Think about it, he’s the one who keeps making those comments about how “different” it is under Drillo, and has never really disowned those comments he made after the Mackem WC game.

He’s usually made some comments about how the Norges haven’t really got the hang of the CG “spirit” (yeah, like he owns the fucking copyright on it) He’s increasingly being considered as one of the driving of this “player power” bollocks which destroyed us against Fulham, Everton, Sheff Wed etc. So why is he captain? Can nobody else really do the captancy job? Hermann or JH (when fit) would be a good choice, but maybe REMBE throws his senior player authority about so that real progress doesn’t happen (a la Carlos Valderama).

It really makes you wonder at times, perhaps there’s something in REMBE’s contract that means that he’s guaranteed the captancy? And I thought the captain was supposed to be a uniter of players, not one who constantly makes devisive comments. Am I wrong for making him a scapegoat for all our problems? Probably, but then you should never trust anyone who works for the Evening Substandard.