Apathy in the UK 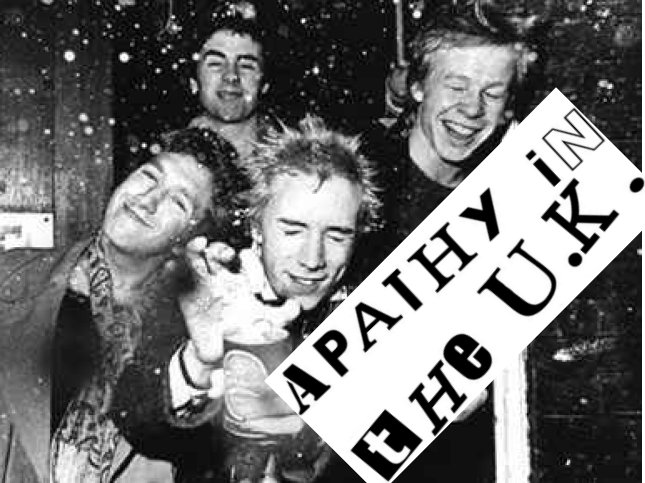 This will be the first time that I can recall ever writing an article on a comment that somebody has emailed me with, but the guestbook entry of Ron (from that place called Erm?, which I think is in Surrey somewhere) about apathy has got my creative juices flowing yet again

Apathy is defined in the dictionary as “absence of feeling or passion”, which opens a whole can of worms. Are we passionate? Do we “feel” for the club as much as other teams do? Well, depends on who you ask really.

The problem at Wimbledon is that we have grown very very quickly in terms of league placing, and we are struggling off the field to keep up with the team on it. A recent survey by Carling Urine, sorry Carling Lager, states the striking statistic that 42% of people who support Wimbledon supported another club before they discovered the Joy Of Dons. Remember what they say about people who supported other clubs beforehand? Compare this to say Newcastle, whose fanbase in general have always been associated to the local team (the old “community” thing again), and if you look at many current Newk fans chances are their grandad and their grandad supported them. This is a very rare thing at Wimbledon, although given where we’ve come from it’s not particularly surprising.

This still doesn’t really answer the question of apathy – what about the 58% who have only ever supported Wimbledon? Why isn’t there more passion shown there? Well, actually, that may not strictly be true. 58% of our support equals approximately 4000 people, basing it on season ticket sales. WISA has about 1000 members, true there will doubtless be the 42% who have come from elsewhere, but it’s still predominantly the “permanent” Dons fans. A Norwegian newspaper said that we had the most people active within their club – is that apathy? Or is that just media bullshit?

Actually, apathy does rule at WFC, but I don’t think it suffers quite so much in the fanbase. Remember Dublin? I think that over half the support at WFC mobilised against it, and it clearly shook SH (so much so, that he has actually said that had it not been for a certain group of people WFC would be paying taxes in Â£IE rather than Â£GBP). True, muppetry does rule, at least at the moment. But if something comes up, like Drillo coming and Fans Day etc, people DO mobilise and start thinking for themselves

The point here is simple : in all these cases I’ve mentioned where people definitely have not been blase, there was a great deal of leadership involved – in other words, something to focus on. Now, there has been a lot of apathy about the new stadium, and I put that down to lack of leadership by the club. Face it, even the most season campaigner feels a bit demoralised about a new home (if the club ain’t bothering), so why should the “sheep” (to put it cruelly) be expected to follow? It’s a bit of a poncy word, but WFC ain’t exactly dynamic. For whatever reason, there is a lot of staidness at the club, and that reflects in the support. Imagine what would happen if the club put itself out to openly look for a new stadium, and wanted the fans to help? You could probably get at least half the support to make even a little bit of effort (there will, of course, be some people who will not get involved one bit, but then that’s the nature of the beast for you), and if that happens, who knows? Want more proof? Football In The Community Scheme – the club bothers, people respond.

Admittedly, it’s not just the club – both WISA and WFSC suffer from a lack of obvious activity. WISA hasn’t sent many newsletters recently, and I’m not too sure if WFSC exist for reasons other than a travel club (and a pretty crappy one at that). And of course, the media doesn’t exactly help matters much either – ever read the Wimbledon News? Christ, what a waste of space that rag is, cliche-o-rama rules here, and it’s all Crazy Gang/Team Spirit/JK Is God toss. Then again, we do have a couple of non-WFC supporting idiots writing for it, so that’s no big surprise. So, we aren’t exactly encouraged from many quarters.

It should be noted that this is not unique to Wimbledon, in fact apathy is quite rife in many clubs (including many of the “big” ones). Admittedly they don’t have half the problems we have, but it’s still interesting to note. Remember that soccer is, or was, the big fashion thing (which I think is slowly receding now, and not before time too), and many people don’t really have football supporting in their soul.

So, what of the future? Well, there is a bit of light glimmering at WFC, because many of the younger supporters are becoming more active. It’s pleasing to note how many 18-23 year olds seem to do a lot of the protesting, as and when the need arises, so it’s obviously starting to come through. True, stuff like noise in the stadium is still a problem, and that’s a far bigger issue than what I’m doing here, but perhaps apathy doesn’t rule at WFC – dormancy does.

Now, if only we could do something about that away support of ours. Any ideas, Ron? 🙂